TLDR
If passed, this proposal would see the Threshold protocol mint 265m T tokens, of which the Council will distribute approximately half on July 15th. The sum distributed, and therefore withdrawable, will depend on the average staking rate between June 1st and July 15th. Every stake associated with a functioning PRE node will grow by 15% APY (~1.81% over 44 days is the maximum yield in this era), and those that confirmed their node before June 1st will also earn a 3% one-off bonus.

Context
We’re arrived at a historic juncture in Threshold network history; the first DAO vote. All holders of the T token are eligible to validate (or invalidate) this proposal, provided they have set a delegatee address – you can <delegate> to yourself or an address controlled by another entity if you prefer.

The proposal itself is also of great consequence; if passed, the protocol will mint the first batch of T-denominated rewards – an essential subsidy reserved for <confirmed> Proxy Re-Encryption node operators.

The reward model is also be a first for the blockchain industry – the sum of rewards distributed will be proportional to the sum of collateral deposited. First approved by the NuCypher & Keep communities in late 2021, the <Stable Yield> design is finally making its debut and will target a minimum annual yield of 15% for all participating stakers. Besides reducing the variance in income, thereby optimizing economic conditions for smaller stakers in particular, the Stable Yield mechanism additionally mitigates against over-rewarding early adopters when the staking rate is low. By distributing the least number of tokens required to fulfill a target yield, downward pressure on the token price is minimized, to the benefit of all stakeholders.

Network stats
There is approximately 2.67 billion T staked out of a circulating supply of 10 billion – i.e. a staking rate of 26.7%. This collateral was staked by about 200 addresses, ~90% of whom have functioning PRE nodes. As approved in last months Interim Era Incenctive Scheme <snapshot>, the target yield is 15% APY. This daily accrual is in addition to the 3% one-off bonus for stakers who successfully spun up their node before June 1st.

Minting sum method
During the interim era, stable yield reward distribution will work as follows. The DAO will mint a sum of tokens large enough to cover a ‘ceiling’ staking rate scenario. We define and compute the ceiling in the following way: (a) taking each staking rate data entry – from first day it was possible to stake on Threshold until today, (b) computing the third standard deviation from the mean staking rate during this period, and (c) adding this outpuy figure to the current staking rate. Note that this ceiling can be considered to be the highest staking rate that falls within reasonable realms of possibility, within the next 6 weeks – i.e. before the first distribution on July 15th. If the staking rate increases beyond this, before then, another token-holder DAO vote and mint must be held to make up the missing amount.

Once the tokens are minted, the Council will then separately calculate and distribute an exact sum of tokens, such that every stake grows by the 15% target rate. The Council will withhold excess tokens, the presence of which are unavoidable given the uncertainty of the staking rate. Despite being minted, these excess tokens will not be liquid or sellable, and will likely be used for the next distribution.

Walking this through with the numbers:

Yield on a stake-by-stake basis
From an individual staker’s perspective, the ongoing growth in one’s stake is calculated as follows:

Where;
r is the cumulative yield that one’s stake has accrued, expressed as a percentage growth
y_t is the target annual yield (15%)
s_1 is one’s stake size on the first day of staking
t is the number of days that have elapsed since the first day

Note that this formula implies that there is no compounding during the interim era. This may change for the launch of the full applications later this year, if this change is collectively approved.

Since this proposal merely applies real staking statistics to the StableYield proposal in order to calculate a minting amount, it doesn’t need to go through the temperature checking step (as StableYield was already approved in this snapshot) and we jump directly to Governor.

I just have a minor comment: Let’s number this as TIP-30!

Link to the on-chain proposal: 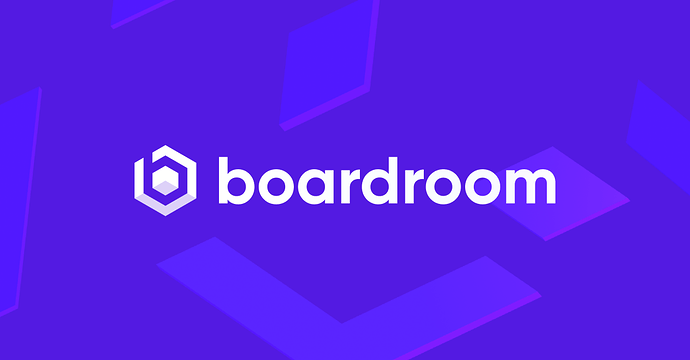 The DAO Discovery and Governance Platform

Now the proposal enters a ~16-day window where it can be evaluated, voted and, if passes, executed. Note that in principle it was meant to be 14 days, but Governor requires to express the timing parameters in block numbers, and coincidentally, Ethereum is experiencing longer block times during the last days, up to 15-20% longer, which momentarily extend the duration of all proposals. It is expected that next Ethereum hard-fork (in ~3 days) fixes this, but in the meantime, there’s some uncertainty regarding the governance timeline that we will experiment during the next days; in the worst case, there’s an additional delay for execution of a couple of days.

I am especially fond of the mechanism that rewards small stakers and new stakers that may arrive a little late to the party. This is extremely beneficial and encouraging to all types of investors, and in a bear market (imho) will add sustaining value to the token, and network. Very well written and clearly “understandable” proposal! Thanks so much for putting this together.